16 days of activisms against violence against women 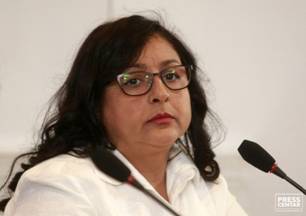 Marking “16 days of activism” by a series of joint actions, protests, campaigns but because of the specifications, intensity, we highlight the following:


1. Participation of our president Nada Đuričković, on the panel of the weekly „Vreme“ dedicated to the domestic violence over vulnerable groups. The video link is here: http://presscentar.uns.org.rs/previous-events/1464/porodicno-i-partnersko-nasilje-nad-ranjivim-grupama.html

2. With our friends from Reconstruction we participated in the action “Sisters do it best” on the 25th of November we gave contributions to the Women victims of violence fund. The site link is here: http://www.rwfund.org/2016/11/28/sestre-to-rade-najbolje-10-foto/

3. As a part of joint action for gathering the signatures for declaring the 18th of May The day of women victims of male violence in Veliki Mokri Lug on 26th of November and on 24th of November in Obrenovac.


4. With Women against violence and Women in black, we took part in “Nijedna zena manje/ nijedna mrtva vise”( „No woman less / no more dead“) on the 6th of December (protest against femicid).

The antifascist and anti-racist protest in Krusevac on the 9th of December 2016 we were organisers together with Pescanik and Women in Black (the local government constructed a wall two meters high and 120 meters long alongside the Roma settlement of „Marko Orlović“. The wall was built in November of 2016 in order to separate the view from the new shoping mall from the Roma settlement).
5. The media link is here: http://www.udruzenjepescanik.org/aktuelnosti/614-rasisticki-mrak-u-budzak , http://beta.rs/vesti/drustvo-vesti-srbija/48306-kraljevo-protest-kod-zida-ispred-romskog-naselja , http://krusevacgrad.rs/protest-ispred-zida-ispred-dela-romskog-naselja-marko-orlovic/

6. Activists of Roma centre for women and children Daje, actively participate in commemorating 75 years of deportation of Jews and Roma into Sajmiste camp on the 10th of December, that was organised by the Centre for research and education about the Holocaust (CIEH), Federation of Jewish Communities of Serbia, Antifascist federation of Serbia, Women in black. The media link is here:
http://www.tanjug.rs/multimedia.aspx?izb=f&&GalID=258130